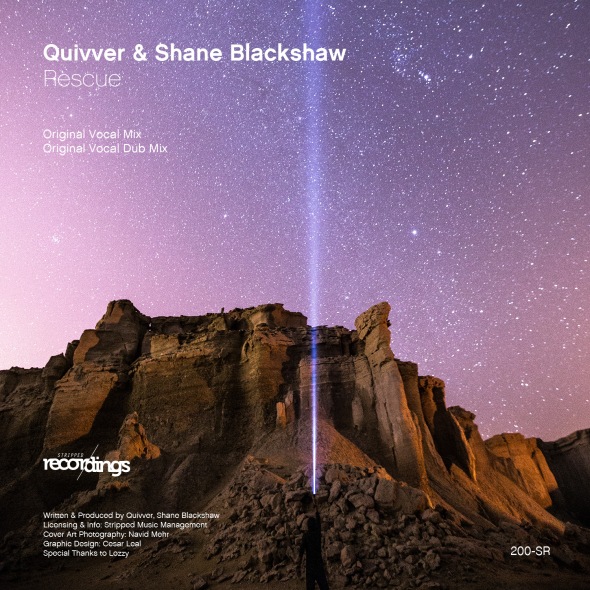 So after almost twelve years Stripped Recordings finally reaches it’s double century of single releases and what better way to celebrate this landmark than to bring in a multi talented producer, dj and vocalist to make his debut for the label. A man who to many is seen as a true legend and staple of the underground progressive house / electronic music scene over the last twenty years and change and still continues to astound us with his ability to keep his sound current and versatile. That man is John Graham better known as Quivver and he brings his undeniable talent to the Stripped Recordings table for the very first time as he teams up with another multi talented and rising star, Aussie singer / songwriter Shane Blackshaw who’s silky sweet vocal and songwriting prowess have already graced the label with collabs with Kastis Torrau and Arnas D, Phonic Scoupe and Donatello his most recent work with Donatello recently received two remixes from the superb Sascha Braemer.
So onto this release which if we may say so ourselves is a slice of deep progressive house heaven. Entitled “Rescue” Shane’s vocal’s and Quivver’s considerable production talent has given us the perfect record to celebrate reaching that double century with potentially one of our biggest releases of all time. Here’s to the next two hundred.